A tale about a Eustace. who believes he's a lobster and disappears to the bottom of the ocean to have fights with real lobsters. Whether you consider the poem has a happy ending will depend on your attitude to parental control and school.

The Story of Lobster Boy

Down at the bottom of the deep blue sea
There lived a small boy called Eustace McPhee,
And what, you may wonder, was he doing down there,
Instead of his homework in his cupboard ‘neath the stair?

Well Eustace, you see, was a strange little mobster,
For he honestly thought that he was a lobster,
And every night at six o’clock, once he’d had his tea,
He went down to the lobster beds at the bottom of the sea.

It ran his mother ragged and infuriated Uncle Dave,
And it even drove his granny to a very early grave,
But on the dot of six o’clock, every weekday night,
Eustace put his claws on, and had a lobster fight. 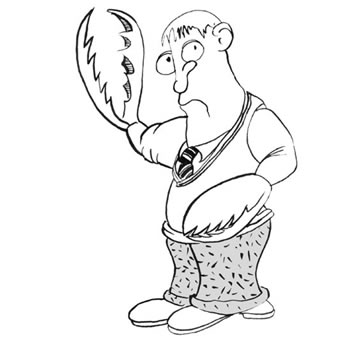 And lobsters came from Benidorm and Naples and Bombay,
And every one of them believed our boy had had his glory day,
But Eustace saw them vanquished and sent them smartly home
Once he’d taken their pictures, on his Apple mobile phone.

One night his mother, Gertrude, said, Enough, my bonny lad,
These lobster brawls must cease tonight or I’ll have to tell your dad.
Go and fight your final fight and then go there no more,
And settle down to your career at the Morecambe Co-op store. 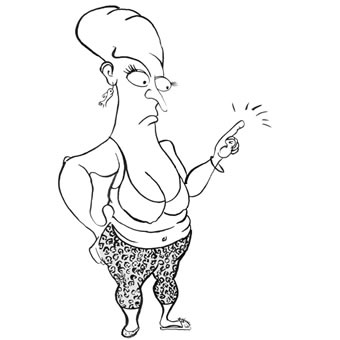 So Eustace went to meet his foe, a Russian known as Boris,
Who had been known to quote the Greeks and very occasionally Horace,
He snapped his sharp old lobster claws and threw down his fur hat,
But Eustace clipped him with a claw, and that, my dears, was that.

The lobsters cheered, then shed a tear, when he told them he must go,
And all as one they said to him, Don’t leave our little show,
Don’t go back to that homework world of Marmite spread on toast,
And scratchy knitted pullovers and fatty Sunday roast.

So Eustace sent a telegram to the folks he’d left behind,
I’ve found my people in the sea, I don’t mean to be unkind,
Please say farewell to all at school, and have my homework jotter,
I’m staying in the deep blue sea, even though I shouldn’t oughter!